﻿Careful What You Wish For  by Anne Katheryn Hawley 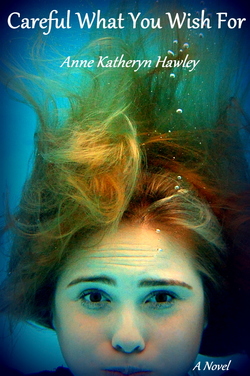 
"Can't you see? I'm violently in love with you!"
His words, though somewhat theatrical, were all at once an irresistible aphrodisiac, while at the same time a serpentine poison.  These words, and Meggie's reaction to them, would spin the world around them out of control.  Yet, the ensuing collision course would not turn out as one might expect.
Expect the unexpected ... and be careful what you wish for! 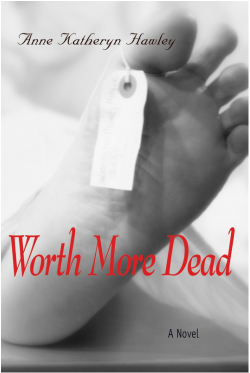 Do you enjoy rollercoasters?

Worth More Dead will take you on an emotional rollercoaster ride as it follows the lives of a dangerously dysfunctional family, whose bad behaviors get them into more trouble than they bargained for.

Nobody ever really expects death, inevitable as it is. The grim reaper is the master of surprise. There are some people, however, who live their lives in such a way that others just might want them dead ...

Worth More Dead is a novel written for anyone who has been betrayed by somebody who is supposed to be loyal. It is for the person who has regretfully made decisions that have resulted in unintended consequences and collateral damage. It is for those who have experienced infidelity and the acute pain that follows that “aha” moment.
OR, it is for those who simply enjoy a twisting, keeps-you-guessing story.


Her heart pounded wildly in her chest. She could feel its rapid thumping in her ears. Her mouth was dry as a bone, yet her skin was broken out in a dripping, cold sweat. Her heavy breathing whistled noisily through her nostrils.
Good ... she thought, at least my physical reaction proves that I have a conscience.
The thought comforted her as she pushed 10cc's of insulin, rather than the usual 10 units, into her mother's abdomen. The difference between life ... and death.
Her dear mother gazed vacantly at nothing.
Now it's just a matter of time ... Claire thought as she shakily dropped the syringe into the Sharp's container at Mom's bedside.
Claire then knelt down to pray for forgiveness for breaking at least two of God's commandments.