Jim Hawley CD - Isn't That the Way of Life
$
18.95
SEE CALENDAR AND AVAILABILITY BELOW 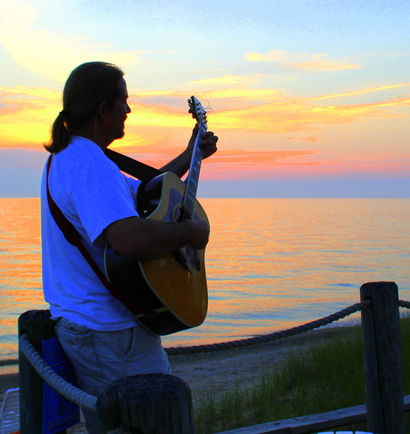 Jim Hawley performing at Homestead Resort in Glen Arbor, MI
When people hear Jim Hawley sing, it’s immediately obvious that he’s been doing this for awhile. When he closes his eyes and begins to sing, he reaches down and from somewhere deep in his heart, he pulls you in – the feeling is almost physical and you know that he has lived through the joy and the pain of love’s prism. His voice conveys emotion that stirs the soul.

Jim was born in California, but from his earliest memories, he never lived in one place for very long. As vagabond of sorts, he drew and learned from the people he met and the experiences he had along the way, which later would contribute to the poignancy of his song writing.

His music took root while in high school, playing the coffee houses in and around the Miami, Florida area. After high school, Jim served a four year tour of duty in the United States Navy.  His first 2 years in service took him to Oahu, Hawaii, where he met Don Ho and was invited as a regular guest performer on his show at the Polynesian Palace in Waikiki. His days belonged to the Navy, but at night Jim performed regularly in many clubs on the island.

When his service ended he went back to Southern California. While attending Mesa College to obtain a degree in Music Theory, Jim performed at all the popular venues and literally became a household name in the San Diego area. He performed at Sea World and was also a regular favorite on the Terry Cole Whitaker television show. In the Los Angeles area, Jim also showcased in some famous venues such as the Improvisation (where he met and received high praise from Robin Williams and Lou Rawls), The Ice House, The Troubador and the Bla Bla Café.

Because of his high school roots, Jim went back to Miami frequently and built an impressive following in that region as well. While there and performing regularly in clubs, he was also fortunate enough to land some commercial work.

He sang and read copy for an entire season for the Jordan Marsh back to school campaign; sang lead vocals for radio commercials for Delta Airlines, Big Brothers of America and Omni International Hotels.

He was also a favorite of radio station LOVE 94 FM and for two summers was asked to perform for their LOVE ON THE BEACH concert series which included such artists as Pat Matheny and Gene Cotton.
When performing in Miami one night, Jim realized that he had some very famous people in the audience. Firefall,  one of Jim’s favorite groups, was in the house and loving his music. Because of contacts made through them, Jim got a nice break and was given the opportunity to open a concert for Sha Na Na at the beautiful Gusman Hall.  Jim’s performance that night made a lasting impression, which would later lead to opening concerts for The Little River Band, The Steve Miller Band and Jimmy Buffett.

With these strong successes under his belt, Jim decided it was time to reach higher and he began touring on the College Circuit endeavoring to make a lasting name for himself. From north to south, east to west and everywhere in between, Jim has traveled thousands of miles and played and performed at hundreds of colleges and universities all over the country, receiving high accolades along the way. Long before there was an American Idol, there was You Can Be a Star.  Jim competed in Nashville, Tennessee, and came back week after week making it all the way to the finals. From that triumph, Jim took a leap of faith moved to Nashville, Tennessee where he performed regularly and recorded with some of best session players in the music industry. One night while playing at Mere Bulles on 2nd Ave, the bartender handed Jim a note from a famous customer that read, “Jim, just a note to say how wonderful it is to hear you sing ~ you are blessed and I find it so wonderful to hear people like you using your God given talent. May all your dreams come true."  Wynonna Judd